If you haven't already please check out our home page or see and hear us in action.

Catch 22's Main service is obviously Music! We are a female fronted 4 piece rock/pop band. We run a click system so we can play along side prerecorded orchestras and brass sections so we can play music that would need a 7 piece or more! We also like to swap instruments and give the other members some lead vocal spot light moments. We often run as a duo for weekday nights at holiday parks and some public events where budget or space is an option  however we love performing most as a standard 4 piece. Are usual and preferred set times are 2 x 1hrs but we can do 3 x 40mins, 2 x 45mins or even 2 x 1hrs + an additional 40mins.

Catch 22 are a fun, energetic and talented wedding & party band. Made up off professional Ba(Hons) degree musicians who actually work in the music industry, Catch 22 can provide the soundtrack to your perfect day. With a vast repertoire ranging from 50's Rock 'n' Roll to modern hits fresh from the charts Catch 22 can keep your dance floor filled from your first dance to the last.

Catch 22 are a 'go-to' band for holiday parks such as Haven, Park Dean, Park Resorts, John Fowler & Hoburne. They have also performed for many reputable companies & corporations (both local and national) and are used extensively to entertain troops for various army functions throughout Wiltshire.

With flexible packages ranging from acoustic/semi-electric afternoon sets to 3hr danceathons Catch 22 have something for everybody and all budgets to make your day even more special.

Although fronted by the lovely Stephanie, the rest of Catch 22 can't keep quiet for long. Featuring impressive male vocals, from Curtis on Bass & Mathew on Drums, Catch 22's set stays fresh and offers something for everyone. You may even get a B52's impression from Neil the Guitarist!

Catch 22 run a click system which means we can perform alongside prerecorded orchestras and brass sections allowing us to produce a huge sound and cover a vast range of genres. Operated by Edward our mascot who's dancing will keep kids (and big kids) entertained for hours.

Optional extras include early arrival, late finishes and a mixture of afternoon & evening sets. We would also love to perform your first dance or a special request. All packages and services include pro equipment & lights. We also carry spares of everything to give you peace of mind and allow other options for music during our time with you.

Catch 22 are fun yet professional and will do all they can to make your perfect day - have the perfect sound track. 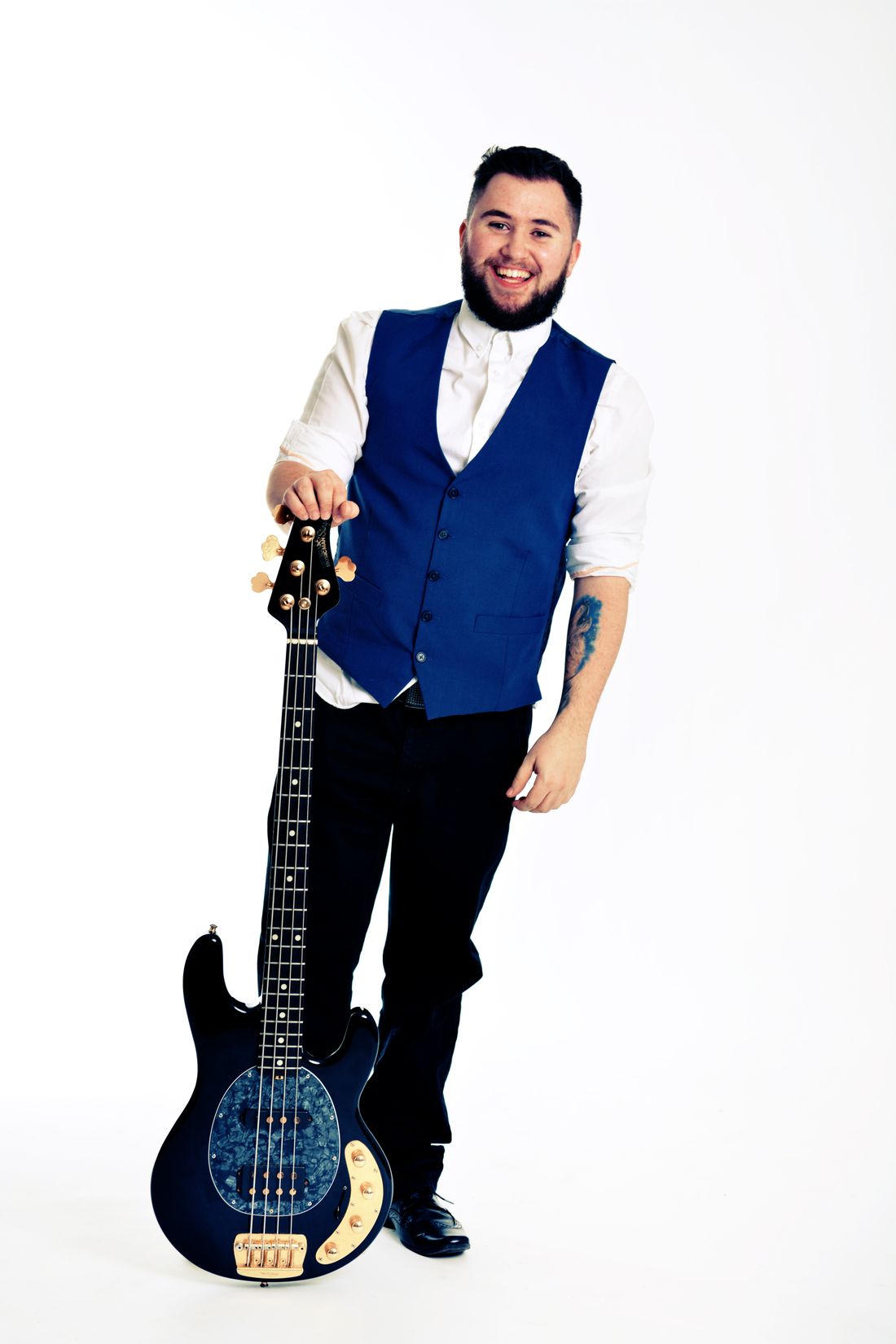 We currently work with Ted Talent and gig at the following holiday parks;

Catch 22 started in January 2013 when Bachelors of Arts Honors Degree guitarist Neil Hopkins stepped away from deputy playing for bands like The Reason and Indecision and decided to start his own function band.

Having worked with singer Stephanie Arlott before on original music, which had been played on Wiltshire Radio and Swindon Radio 105.5 FM, Neil knew this was the right and only choice to front Catch 22.

Stephanie’s blistering vocals are backed up with a Bachelors of Arts Honors degree in performance Industries and she has been taught and guided by Sam Lawson (Sound and the Sirens/ Switch), Rachel Button (London Soul) and Rob Dymond (The Vooz).

In the same school of excellence came Bachelors Honors degree drummer Matt Clements. Not only a brilliant drummer, but an excellent vocalist as well. Matthew makes sure all songs have the beat that keeps the dance floor filled.

The last Place to fill was bass. Since a recent line up change we are pleased to welcome Curtis Willcocks. With a Bachelors of Arts Honours Degree in Performance Industries Curtis was a brilliant fit. He has a passion for Bass and performing. Talented not only on bass he is a keen singer and guitarist.

Finding gigs and venues to play is always a difficult task with the amount of talented bands around but word soon got around that Catch 22 where here to make their mark.

Catch 22 have performed at the following venues and Holiday Parks;